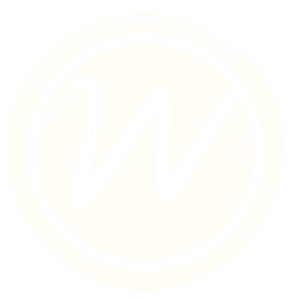 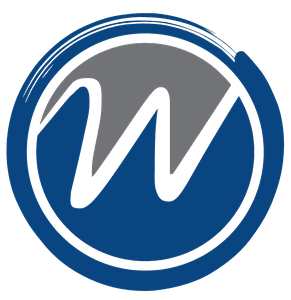 Follow along with the latest message from The Way Bible Church!

“Immediately he made his disciples get into the boat and go before him to the other side, to Bethsaida, while he dismissed the crowd. And after he had taken leave of them, he went up on the mountain to pray. And when evening came, the boat was out on the sea, and he was alone on the land. And he saw that they were making headway painfully, for the wind was against them. And about the fourth watch of the night, he came to them, walking on the sea. He meant to pass by them, but when they saw him walking on the sea, they thought it was a ghost, and cried out, for they all saw him and were terrified. But immediately he spoke to them and said, “Take heart; it is I. Do not be afraid.” And he got into the boat with them, and the wind ceased. And they were utterly astounded, for they did not understand about the loaves, but their hearts were hardened.”

Have you ever used the term, “it’s not you, it’s me” most of the time it is used as a way out of something usually a relationship

And most of the time it is used in good intentions to save that person from pain because if we wanted to be honest in here it’s never us, it’s always them that’s the “problem” in our mind

We would say God, it’s not about you, it’s about me

If we were being honest, we have bought into this idea that it’s not you God, it’s me

But the truth is it’s him, not me

It’s about his story and I’m a part of it, not my story with God placed in it

John Mark, the writer of the Gospel of Mark, also served as a companion to the Apostle Paul in his missionary work

and later assisted the Apostle Peter in Rome.

Mark WAS NOT one of the 12 apostles, so where does he get his account of Jesus life and ministry? Mainly from Peter who told it to Mark who then wrote it down leading to this gospel being heavily influenced by

Mark 6:1-6 Jesus is rejected in his own hometown

“And he could do no mighty work there, except that he laid his hands on a few sick people and healed them.” Mark 6:5 ESV

Lets put ourselves into Jesus view of life right now, you’re the son of God, you’ve gone around doing good, a chapter previous in Mark chapter 5 you’ve healed a man possessed by a demon, and also raised Jairus daughter from the dead and also healed a woman from an issue of blood, and now you have arrived back at your hometown with people that you know, people you have grown up with, and they have issues that you know about and you’re expecting to do the same in this, your hometown and you’re not only met with disbelief but coupled with that disbelief you have to now watch as that disbelief continues to CRIPPLE some of the people close to you

If they don’t get the job

If their business doesn’t succeed

If they don’t get the house they wanted

If the prayer we prayed doesn’t get answered

Mark 6:7-29 Jesus sends out the 12 apostles to go into the nearby towns and while they are gone, and while Jesus is alone John the Baptist dies

So now Jesus is learning that his cousin John has died, and the reason he has died is because of the evil of someone else, not by any fault of his own, and he is being confronted not only with the wickedness that is

Mark 6:30-44 is when Jesus feeds the five thousand people that WERENT EVEN SUPPOSED TO BE THERE while he was mourning the death of his cousin and he still chooses to feed them and to take care of them

So now not only is Jesus mourning, but he is trying to find a place to be alone, all while people are finding him and coming up to him asking for food, and if you have small children you know what this feels like

But Jesus isn’t mad, he isn’t bothered in fact the bible says in Mark 6:34

“... he had compassion on them, because they were like sheep without a shepherd. And he began to teach them many things”

Key piece of advice Jerica gave me that you need to tell yourself when dealing with difficult people, or kids

“IF IT DIDN’T INCONVENIENCE YOU, WOULD YOU STILL BE MAD ABOUT IT”

For me this is a daily saying in my mind, especially when it comes to parenting, but also with serving others and connecting my life to a bigger picture of what’s actually going on in front of me

Would I still feel the same if I wasn’t the one being inconvenienced in the moment?

Then finally in Mark 6:45-52 Jesus walks on the water after he sent the disciples by boat to the other side

Remember Mark was not one of the 12 apostles so therefore he wouldn’t have been in the boat at this moment, he would’ve had to rely on someone else to give him an account of what had happened while they were out on the sea, and guess who gave him that account, Peter, the same person who walked on water in this moment, and the same person who is not mentioned in the story

Now this is hard for me to write off as pure coincidence, because of all people Peter is not the type to forget to tell someone something like this

It’s almost like Peter is trying to tell us something through the writing of the Gospel of Mark and through what the Holy Spirit has done in his life passed the cross, because this is the same guy who cut a guards ear off when they tried to arrest Jesus and also denied Jesus 3 times and cursed a young child at a fire pit, that’s peter

And while mark and peter are talking about the life of Jesus surely mark would’ve heard from the other apostles that it was peter who walked on water so what is going on here?

What we see in this small omission is the maturing of Peter to a point where he realizes that there is a bigger story at play here, that him walking on water isn’t about him it’s all about Jesus, that the big story of God and him reuniting himself to his people was the real story at work here

And I believe that peter found the key to true fulfillment in life, true joy, true happiness, and the truth of following Jesus is making it not about us, not about what we are doing, but what HE is doing in this earth as a part of his redemptive story for all of humanity to come be a part of

true safety and security in life is not making life about us but attaching what we are doing to a bigger story, a bigger picture of what’s actually going on here in the earth

Did you know that if you wake up tomorrow and attached everything you did to the bigger picture of Gods work here on this earth that It would change your attitude, your actions and even your daily habits